Dry Ginger is a tropical plant is native of India and Malaysia. For growth, this plant require well distributed rainfall in growing duration and dry spells at the time when land is prepared and crop is to be harvested. India is the world's largest ginger producer, and grows well in the western ghat region of Kerala are well known for its herbal qualities, from where we are procuring for our valueble customers across India. Dry Ginger that we choose are of large size and it tastes pungent, hot and has a unique distinctive aroma, which undergoes natural drying under sunlight without the usage of any chemicals, is also called as white ginger.

An important ingredient in Indian cooking, dry ginger belongs to the same family as turmeric and similar to turmeric, this is also a rhizome that grows under the soil. Dried ginger / Chukku / sukku is widely used in many native medicines. It is the flesh of the ginger that is dried and beaten into a mesh and paste sometimes, widely used in cooking. It is an important ingredient in confectionery, curry powders, curried meats, cocktail, carbonate drinks, etc. It is used in a wide variety of dishes such as stews, soups, and curries. Ginger contains the compound gingerol which is a natural anti-inflammatory and antioxidant. Dried ginger is powdered and used in gravies, marinades and tea. It uses cuts across aromatic, culinary and medicinal purposes and can be used as flavoring, laxatives, and fragrance.

Ginger is known for its medicinal properties.As a stimulant and carminative, it is used in medicine. It contains high amounts of bioactive components which are highly beneficial for the human body. There are various medicinal values and the commonly known is its effectiveness as a digestive aid. The use of ginger is great for us to stay healthy and fit. Due to its anti-inflammatory properties, it helps to relieve muscle and joint pains. It has the ability to soothe an upset stomach and help to regulate blood sugar. Offered dry ginger helps kill off disease-causing fungi due to its anti-fungal nature. It is well known in market due to its excellent health benefits.

Kerala is one of the major producer and its known for its naturaly grown Ginger in its western ghats area, which is tropical rain forest area, has great herbal values. As a responsible supplier, we work closely with cultivators and view them as the partners in our endeavour. This allows us to offer our buyers with fair prices and high quality produce. Consistent with our belief system, we ensure excellent quality in all our products. 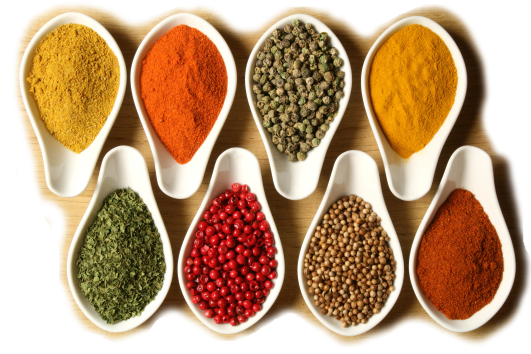